Your Legal Plan Should Reflect

What Matters Most to You

LET'S DESIGN IT THAT WAY

Marital agreements are a topic that many couples are hesitant to breach and even more don’t think to discuss at all. For some, the reason behind their hesitance is fear of offending their significant other. For others, it’s the presumption that marital agreements are for other people, not for them. But before you and your partner dismiss the conversation altogether, you should take some time to learn more about how a prenuptial or postnuptial agreement can actually work in your favor. Marital agreements are used in the context of people getting married and sometimes in the context of people who are already married but need to allocate their assets for the termination of their marriage by death – this is intended to simplify asset allocation at death and to work hand and hand with the estate plan – will, trust, etc.

When clients come to attorney Vance E. Hendrix to learn more about marital agreements, he likes to remind them that these documents aren’t about planning for the worst. They are about learning where your finances stand both individually and together, establishing a clear-cut plan as a team, and protecting yourselves from whatever curveballs life may throw at you later on.

Despite the evolution of the prenuptial agreement, the term still holds a certain social stigma. This negative association is caused by a few common misconceptions about prenups, such as these:

These misconceptions are understandable — after all, these are the scenarios we tend to hear about on TV. But contrary to popular belief, prenuptial agreements are not just about planning for the worst-case scenario. They are a tool for allocating financial responsibilities between two partners and for estate planning, which not only prevents future complications but also opens the door to a healthy, upfront conversation that too many couples put off until after marriage.

DO YOU NEED A MARITAL AGREEMENT?

For instance, a common financial issue that many, many American couples face is debt. Credit card debt, student loan debt — the list goes on. During a healthy premarital discussion about finances, each future spouse may share their concerns about the debt that they hold, but few will go so far as to lay out a well-structured plan for repaying that debt within a reasonable, penalty-minimizing time frame. In fact, they may not even truly know the extent of their debt without further investigation.

This is just one of many scenarios in which a prenuptial agreement may be beneficial to a couple in the long run. By teaming up with an experienced attorney — and, perhaps, a trusted financial advisor — the couple in this scenario can dig into the details of their financial situation so that they know what to expect of themselves and their partner in the years to come. For instance, they can establish whose income will be put toward repaying that debt and map out a timeline of repayment. Not only can this greatly reduce future financial stress, but as an added bonus, it gives the couple a certain peace of mind because they know their assets are protected should their spouse later separate from them or pass away unexpectedly. 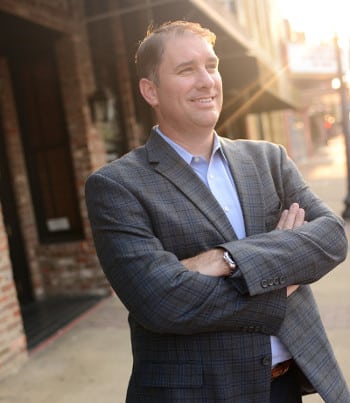 DECIDE IF A MARITAL AGREEMENT IS RIGHT FOR YOU

Whether you’re just beginning your journey as a betrothed couple or examining your financial standing after years of marriage, it could benefit you and your partner to have a discussion about marital agreements. Don’t allow any social stigmas or misconceptions keep you from exploring this option, as it could save you a great deal of time, stress, and tension down the road. If you’d like to learn more, please reach out to attorney Vance E. Hendrix.

TAKE THE FIRST STEP FORWARD.
It all starts with a conversation.